Get the most out of your seven days at Adriatic sea. Take in the captivating beauty of North Dalmatia region.

Your seven day charter starts from Nava marina in Split. Once you take off, the options are endless!

However, we have made an in-depth advanced North Dalmatia sailing route just for you. The route includes the best destinations, most of which are on Dugi otok, sightings and some useful tips only locals could know.

Head northeast of Split to visit small village of Skradin.

Skradin is a getaway to scenic National Park Krka. We recommend a trip to the stunning cluster of waterfalls, especially the most popular one – Skradinski buk.

The Telašćica bay, that gave the name to the Telašćica Nature Park, is situated on the south-eastern part of the island Dugi otok.

It is retracted into the land about 8 km and on its south side is the widest part of about 1.6 km. That part of the bay which is turned towards the south-east, is open towards the neighboring Kornati islands. The bay itself is very indented with 25 bays, capes and 5 islands. Thanks to its position it is protected from the blows of the north-eastern wind from the mainland, and the south wind from the open sea. Because of these features, Telašćica is one of the largest and best protected natural harbors on the eastern coast of the Adriatic

Despite being the largest town on the island, Sali is in fact just a small town with a few restaurants and shops.

Božava bay is ideal for diving, rest and relaxation

This place on Dugi Otok is a Mediterranean dream above and under water.

Finally, a cruise on Dugi otok would be incomplete without visiting Lighthouse Veli Rat and Sakarun Bay the lighthouse Punta Bjanca which is the pearl of this destination.

The well-known landmark, Veli Rat lighthouse is still active today. Southeast of Veli Rat is the sandy beach Sakarun, one of the most beautiful beaches on the Adriatic.

Sail away to Kornat, the biggest island of the Kornati islands archipelago.

Kornat is a part of the National Park Kornati which consists of 89 islands, islets, and rocks.

On your final day of charter, safely return to Nava marina in Split.

The name “Telašćica” probably derives from the Latin name of “tre lagus” which means “three lakes”.

It consists of three parts which are separated by constriction. These three parts are Tripuljak, Farfarikulac and Telašćica. These three bays are actually morphogenetic Karst sinkholes, which ended up under the sea some 10 000 years ago after the last de-icing period called glacial Würm.
The bottom of the bay is mostly covered with communities of sea-flowering plants and habitats extremely rich on animal life and very important for the reproduction of many fish species.

There are written documents from the 10th century that confirm this claim. The ancient olive groves surrounding the village witness the intensive agricultural activities throughout the centuries. You can see the cultural heritage of Sali in sacred buildings. Prime examples of this is the parish church of the Assumption of the Blessed Virgin Mary, with a gorgeous wooden altar from the 17th century and inscriptions written in Glagolitic. Another attractions are the churches of St.Roch and St. Nicholas. You may also find remains of layouts of other Christian churches in the fields of Sali. However, one of the most interesting events is the Sali Festival called Saljske užance. This is a three-day festival with the famous Tovareća mužika (donkey music) performing at the festival.

Located on the northwest side of Dugi otok, Božava is in a bay surrounded by pine trees.

It was first mentioned in 1327 under the name Bosane, while the remains of fortified villages near the place date from Illyrian times.

During the summer, visitors are provided transportation to the famous beach Sakarun by a tourist train, which is an excellent opportunity for exploring the beautiful cliffs of Dugi otok.

Pantera Bay is located nearby, on the north-western side of Dugi Otok and is one of the most popular destinations for yachtsmen in this maritime area

The bay provides good shelter against all winds, except the bura. In the immediate vicinity, there is a shipwreck which attracts many yachtsmen. There is also an attractive lighthouse at Veli Rat.

Located 3 kilometers northwest of the village. Punta Bjanca is the biggest lantern in the Adriatic and is 42 meters high.

To all visitors who are looking for solitude and privacy, an accommodation possibility is an apartment suite in the lighthouse, although it is necessary to make a reservation ahead due to a great demand for accommodation in the lighthouse. The chapel of St. Nicholas, situated in the courtyard of the lighthouse is a perfect setting for a romantic wedding with a view overlooking the open sea.

Boats for your island hooping 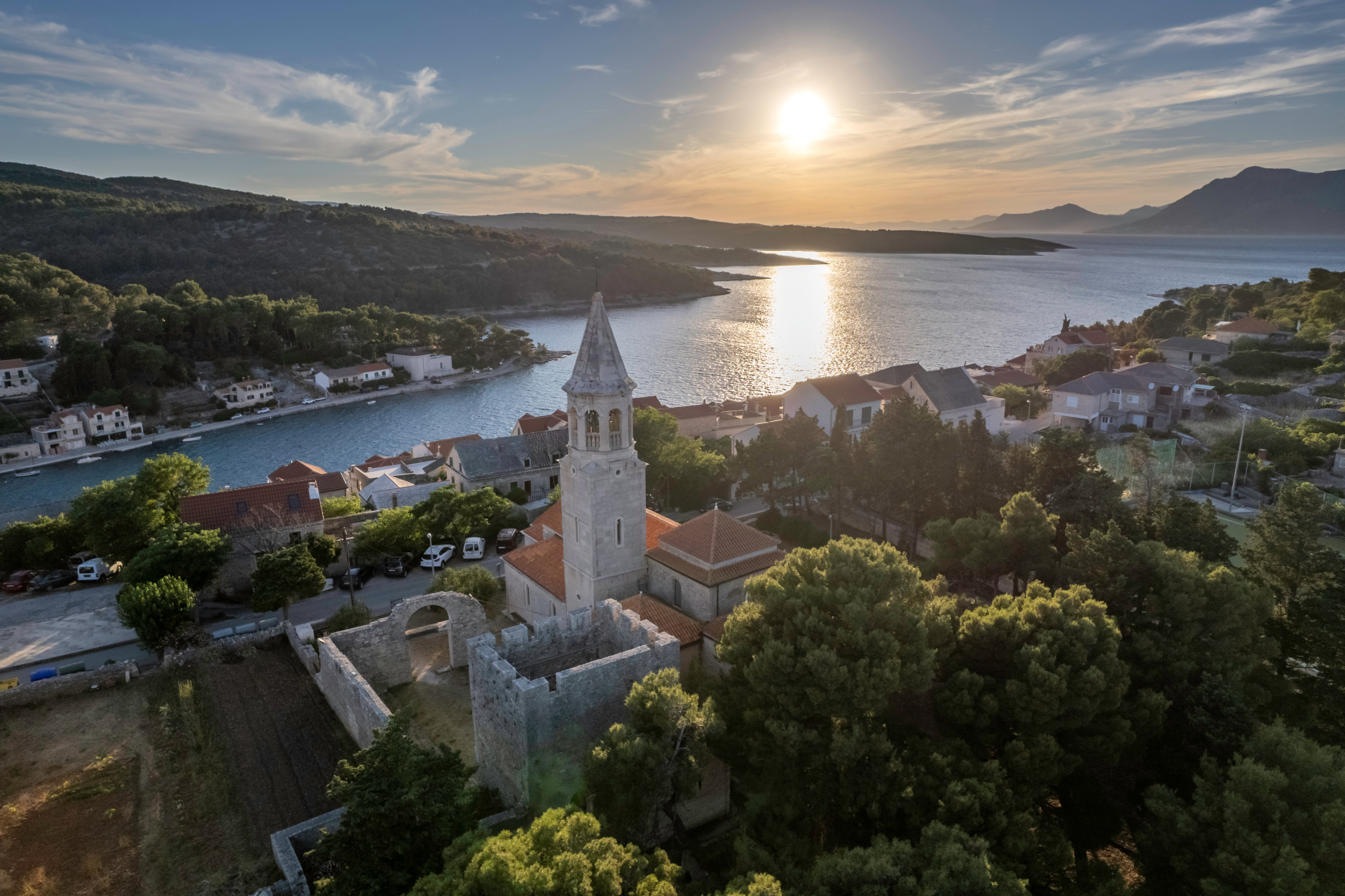 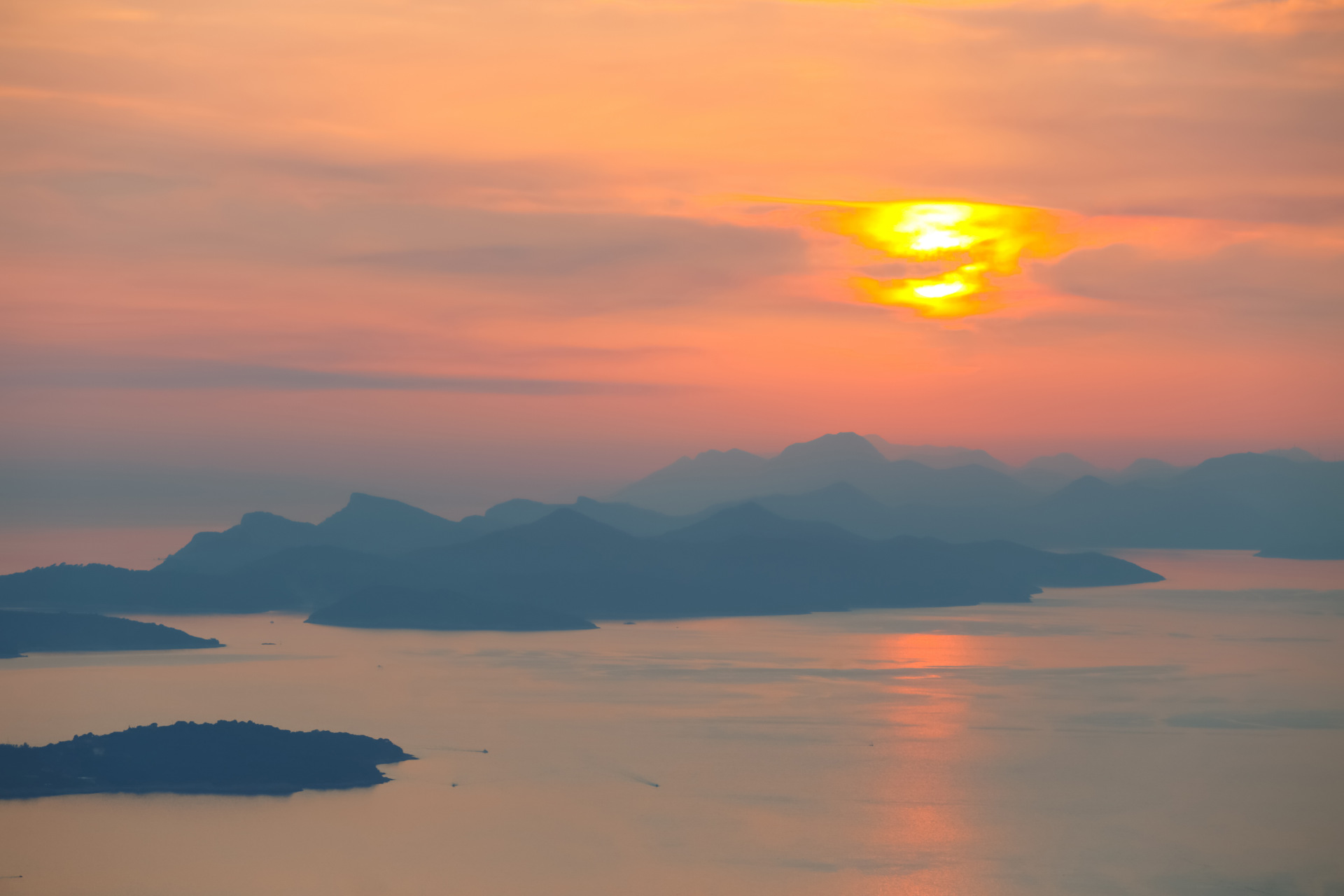 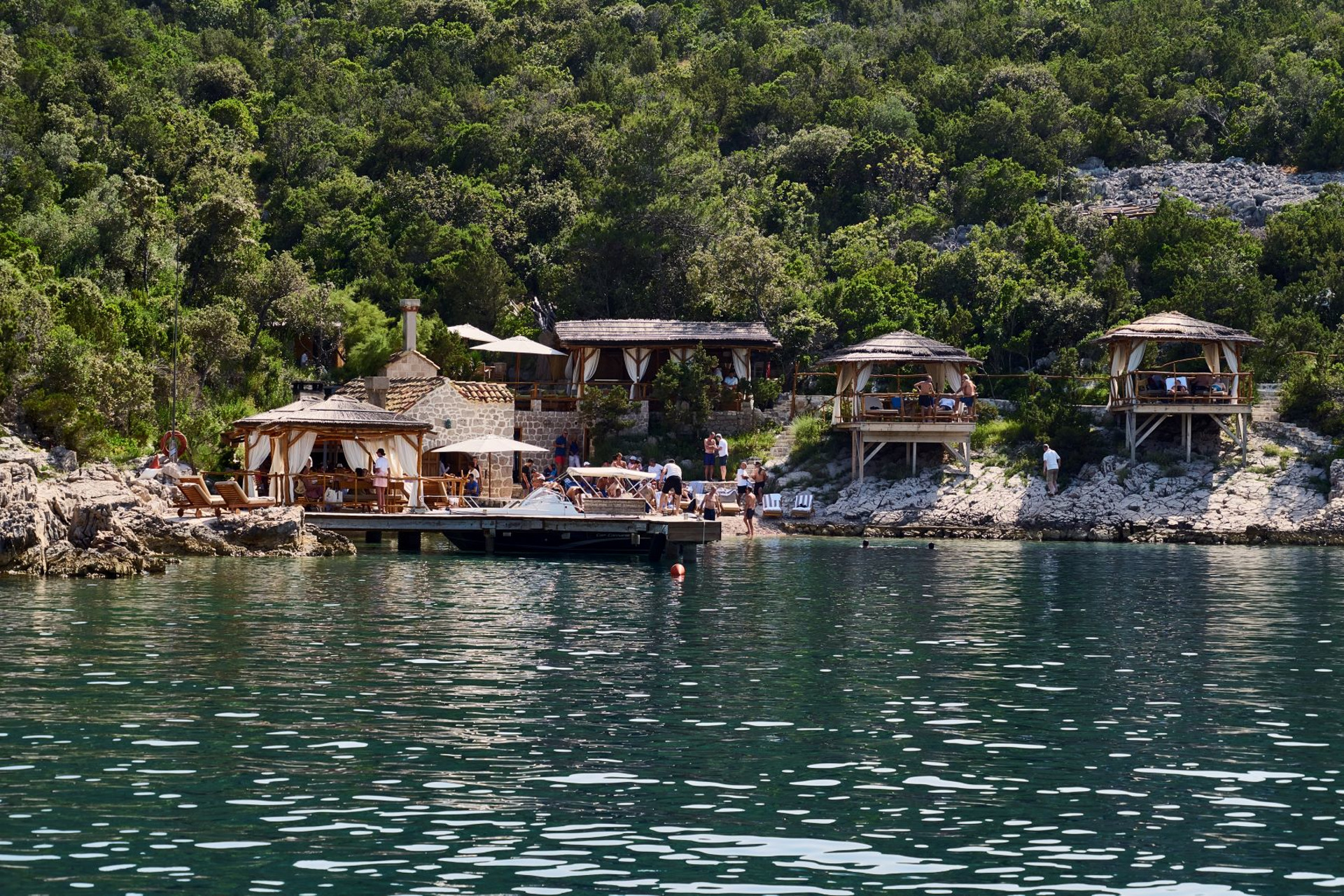 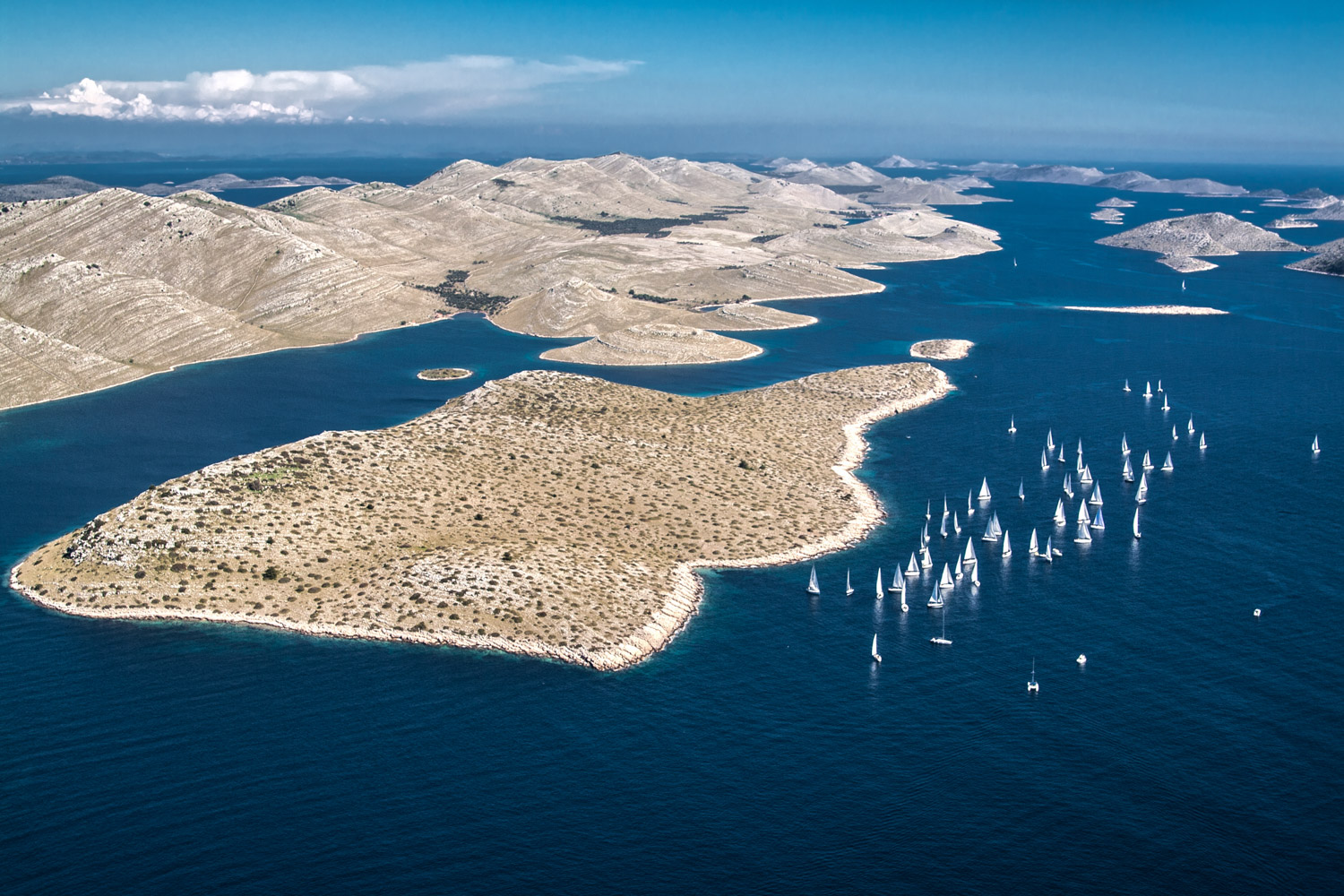 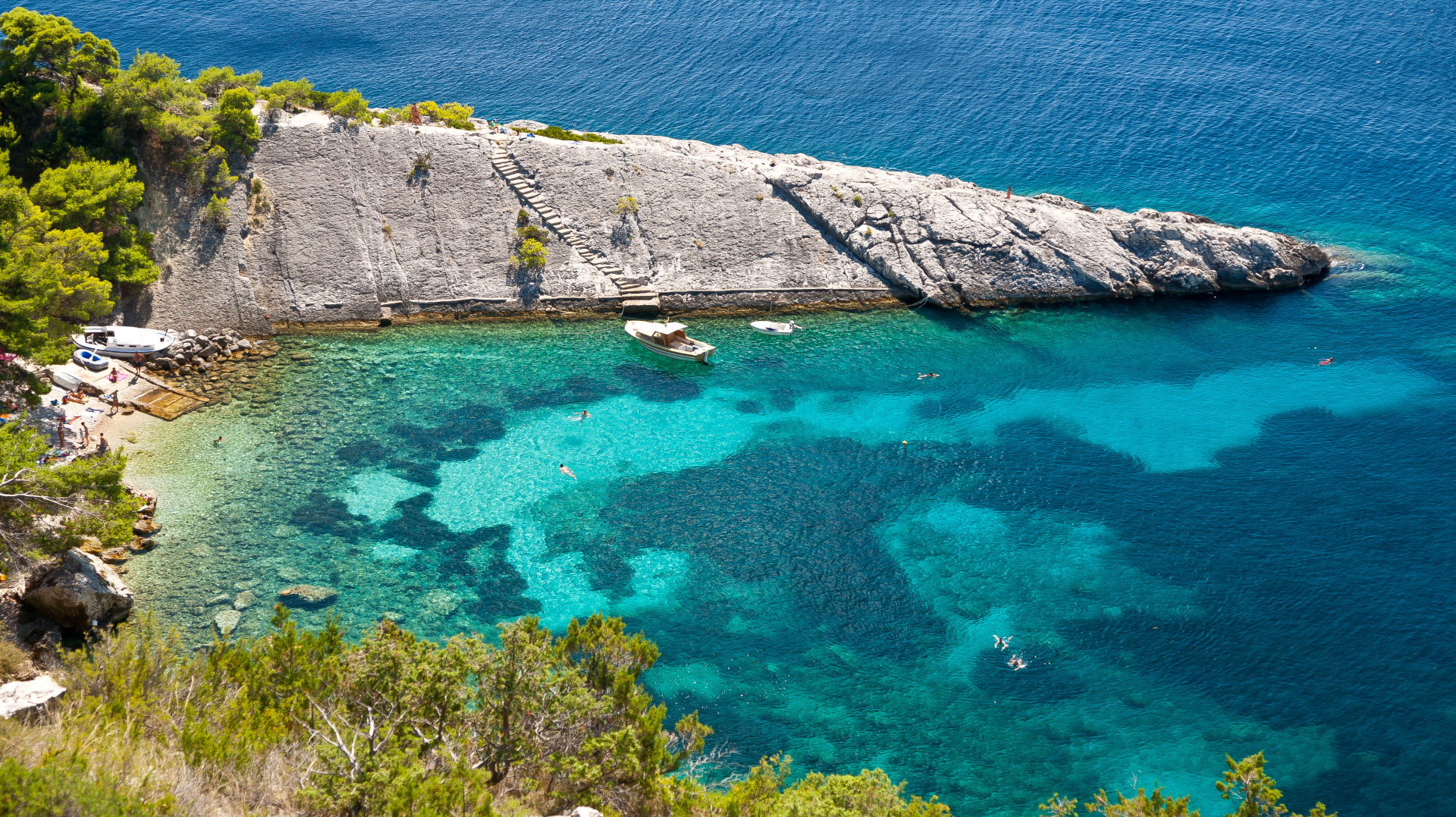 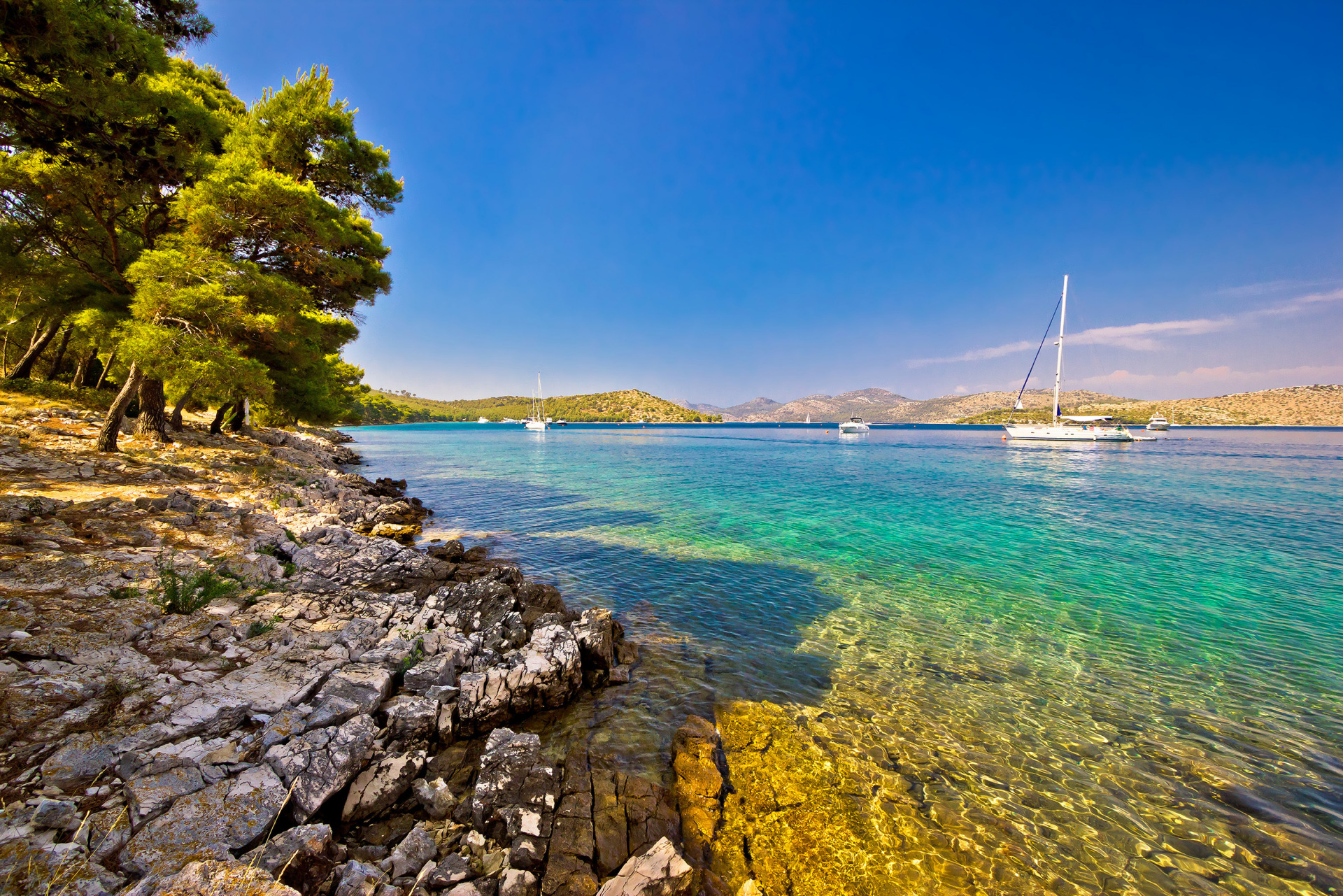 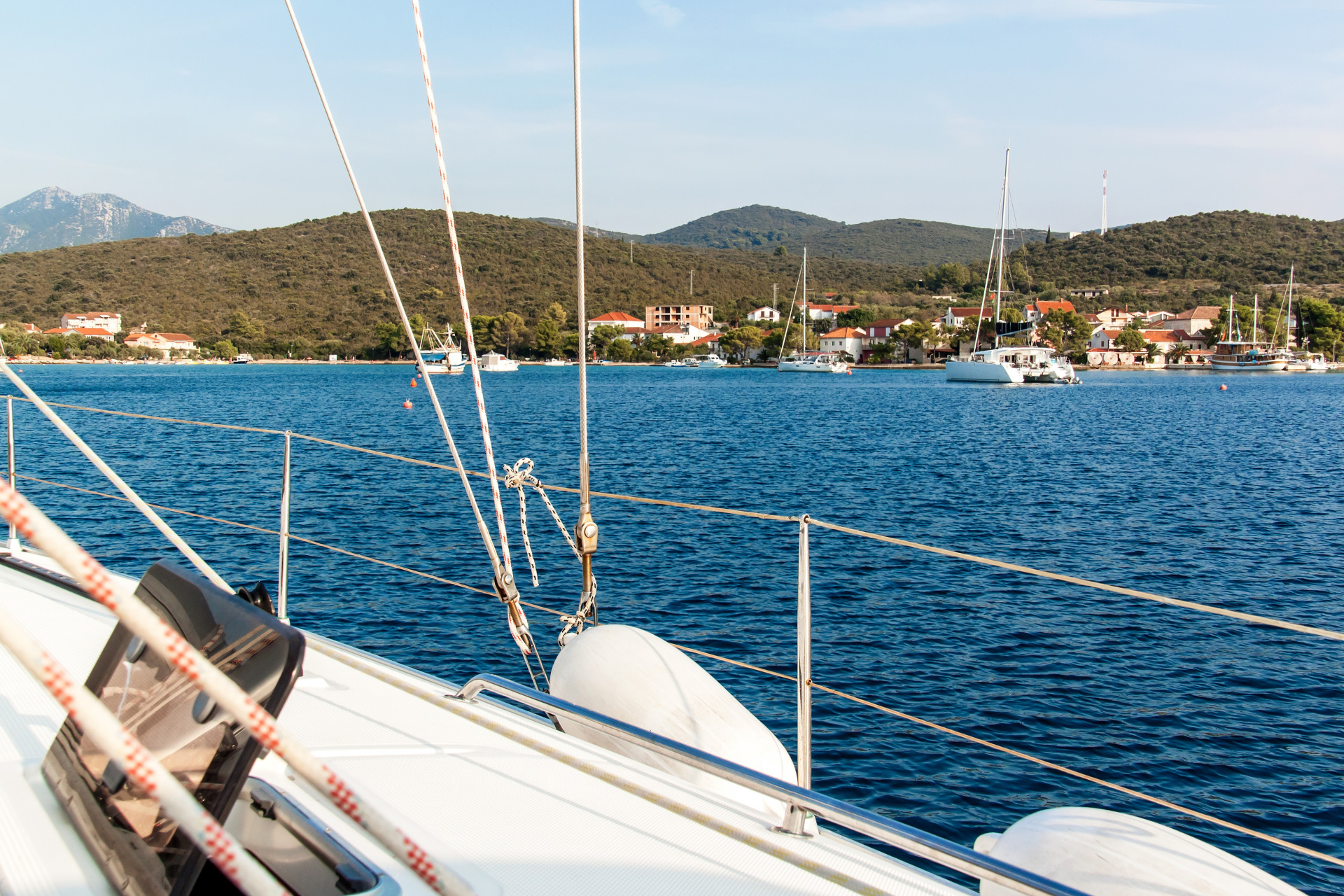 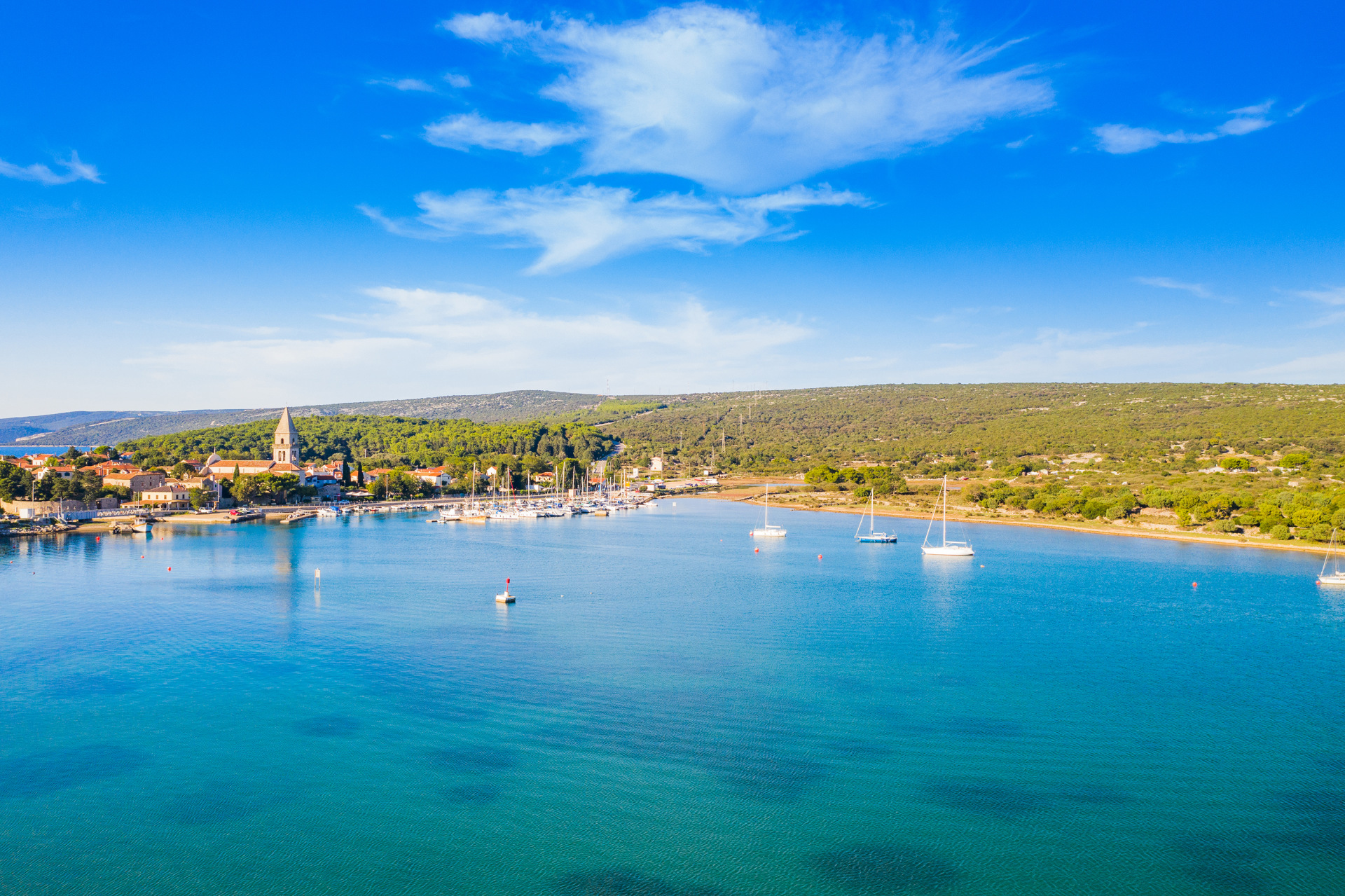 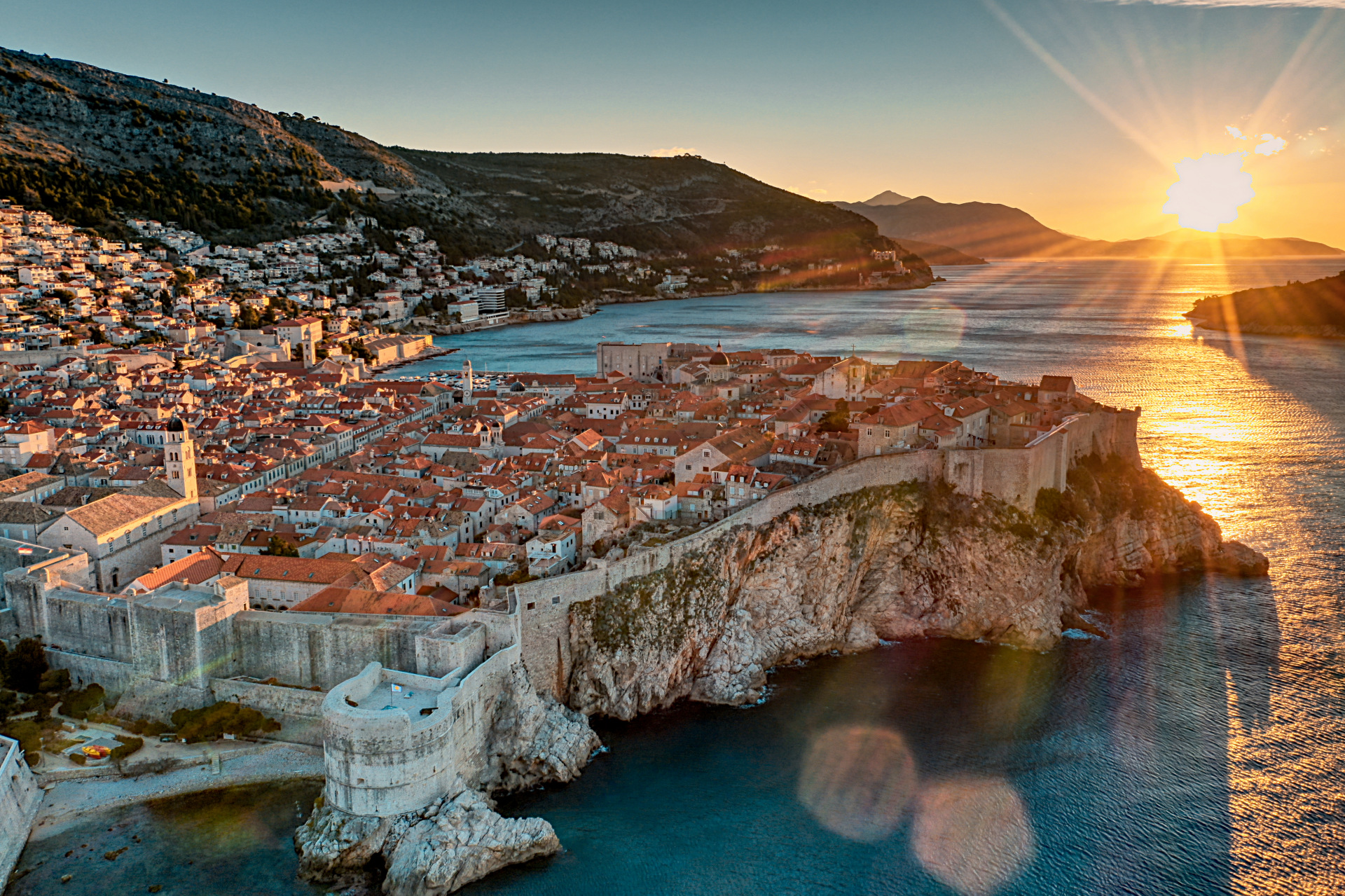