In September the new SporTop versions of the Lagoon 52 and Lagoon 450 (without flybridge) will be shown for the first at the boat shows in Cannes and La Rochelle.
The Lagoon 450 and 52 are the two bestsellers in the Lagoon range, partly thanks to their superb flybridges, the design which Lagoon launched in 2004 and which attracted a great deal of attention before being adopted by many other catamaran builders.
To meet the need of those sailors who do not want a flybridge area Lagoon develop the new SPORTOP version of the Lagoon 450 and 52. These new models featuring a more conventional and secure helm station which provides easier direct communication with crew in the cockpit, as well as a lowered rig which reduces pitching and makes access to the boom easier while keeping the same sail area.
So sailors can now choose between a FlyBridge or SporTop version of the Lagoon 450 and 52. New names of these models are: 450 F, 450 S, 52 F and 52 S.
Lagoon also worked on a new interior design for those two models: new U-shaped galley was designed for both models to provide better worktop layout and much more user-friendly feeling. Also forward cabins on the Lagoon 450 have also been modified with semi island double beds. 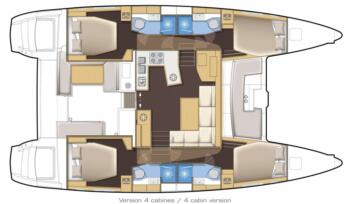 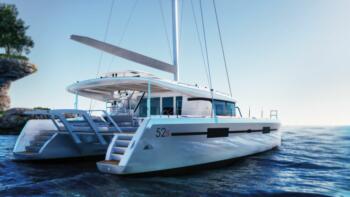 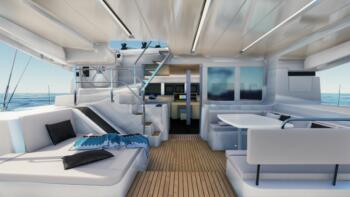 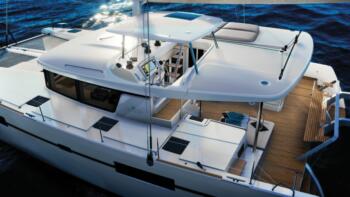 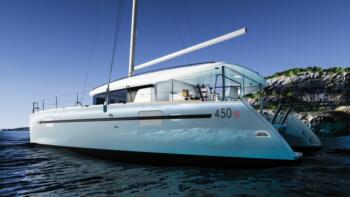 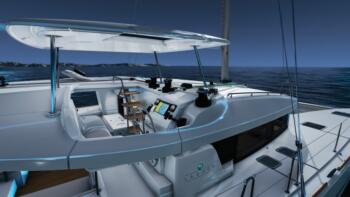 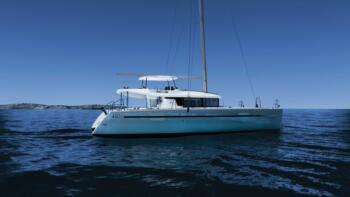